Echo Twelve is an electronic music artist from Dublin, Ireland. He first fell in love with electronic music at the age of 12 when he discovered groups like 808 State and Beats International and spent many evenings listening to Irish pirate radio stations to hear music from the burgeoning acid house scene. He released his first EP “Soulitude” in 2016, and followed up with a full-length album in 2017 titled “Thrown In at the Deep End”. Collaborating with Washington D.C. based rock band Disco Muerte, he produced an Unkle-like edit of their track “Fault Line”. He also produced a stripped-down orchestral version of alt-pop artist Caitlyn Scarlett’s “Human, Being”. Still developing and growing his sound, Echo Twelve has just released his newest single “Anoche”. 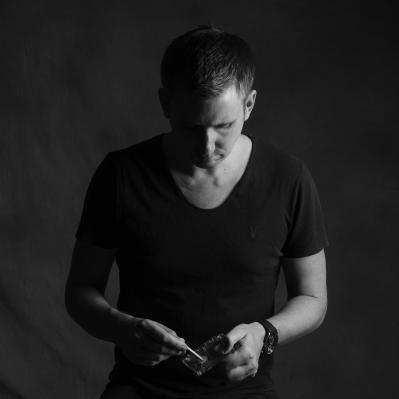 “Anoche” begins with a hypnotizing acoustic guitar that is then joined by multiple layers of eclectic drums. First is an African style bongo, and then joined by a shuffling Spanish style rhythm, and then tightened up with an electronic influenced snappy snare drum that punches the beat over the top. Every rotation of the main hook adds something new. The sound steadily grows and becomes larger and larger as the song progresses. The groove is infectious and the melodic tones of the guitar have a dreamy quality while hitting funky high notes and keeping it right in the pocket. Elements are added and taken out, beautifully showing how effective simplicity can be. The beat never lets up and keeps the bouncing energy going through the different alleys of the song. Halfway in, the guitar melody shifts to a more dramatic movement that has an emotional nature and descending melody. The dance infused drums gives it an underground industrial flavor that balances the natural acoustic energy of the guitars. This is an eclectic track that seamlessly passes in and out of different emotions and tones while keeping an intoxicating rhythm. You can listen to “Anoche” on our Prime Cuts Playlists on Spotify and follow Echo Twelve on the links below. Please continue to support artists like Echo Twelve and share this music with everyone you know.