Tom Carter is a self produced singer/songwriter and musician from Atlanta, Georgia. Carter’s musical inspiration comes from a blend of the British Invasion bands of the 1960s and other eclectic genres of popular music from the 70s and 80s. “What always mattered to me was that the song was genuine and sincere. Of course, a hooky pop, and a good beat always mattered too. Gotta have a good story to tell as well. By genuine and sincere, I mean that the song moved you in some way. It made you dance, made you cry, made you think, made you want to learn and hear more songs from the artist that created that song. In other words, you wanted to become a fan of that music.” Tom currently has several tracks streaming on Soundcloud that are garnering positive reviews from music fans all over and helping him build his devoted fan base. 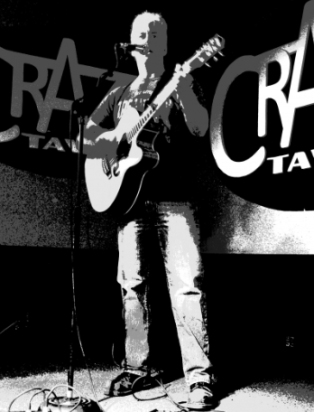 “You Go!” is an up-tempo song with pop sensibilities and a punk rock swagger. It begins with an aggressive bass that is then joined by a dance hall pop beat and chunky bluesy guitar. The vocal melody has a cool rhythm to it that blends an adolescent attitude with a confident rock and roll strut. The instrumental breakdowns showcase the snarling bass and surf style drums, demonstrating Carter’s ability to take his songs in any direction he chooses. This track has a feel good, cheerful flavor delivered with a self-assured rebellious approach. You can listen to “You Go!” and follow Tom Carter on the links below. Please continue to support artists like Tom Carter and share this music with everyone you know.