Safehaus are a South West UK based Alt-Rock band consisting of Ben Kench on vocals and guitar and Clive Radford on guitars and production. Their latest EP, Förlänga was released on May 10th 2018 and precedes a full-length album, which will be available later this year. Safehaus was formed amid the thriving Bristol scene and the chemistry was there from the first note. Safehaus’ musical odyssey brought the duo into mainland Europe, and an encounter with the legendary Manu Dibango took their musical creativity to another level. Safehaus’ alternative rock and Manu Dibango’s world music proved to be a perfect marriage. The collaboration with the 77-year-old trendsetter, known to the world for the global hit “Soul Makossa”, resulted in the beautiful song “Shallow Waters”. The bands newest single is titled “Going Down”. 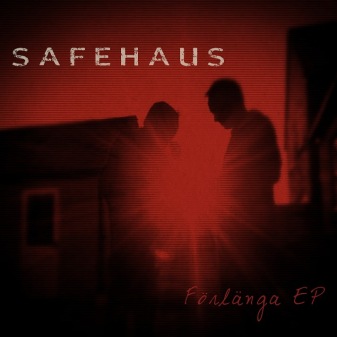 “Going Down” begins with a folky acoustic guitar setting the tempo and a dirty sounding slide line on top setting the tone. The attitude of the guitars matched with the vocals have a soulful flavor of music from another time, conveyed with modern production and clever songwriting. The beat kicks in harder, steadily growing the sound larger and larger as the track progresses. Ethereal vocal harmonies and string sections are added, taking the steady rhythm into a weirder place eventually leading down, down into a more dramatic section of the song. The cool vibe gradually turns creepy and more sinister while maintaining its original charm. You can listen to “Going Down” and follow Safehaus on the links below. Please continue to support artists like Safehaus and share this music with everyone you know.