Mr. Mac is the brainchild of Dan McLaughlin, an eclectic singer-songwriter from Honolulu. His influences include folk, rock, psychedellia, and power pop. ShadowBox was Mr. Mac’s first album and he is nearly finished with his second album, Invisible Lines. He collaborates with a wide variety of musicians and his live band consists of Howe Stidger on Bass, Lars Wallin on Drums and Dan McLaughlin on guitar and vocals. 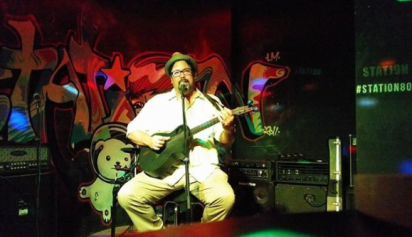 “Long Haul” begins with hypnotic ringing acoustic guitar chords line and vocals that sound as if they are from 16th century Ireland. When the full band kicks in the song takes a grungy turn. More and more instruments are added while the folky core of the song stays intact, all led by strong voice serving the introspective lyrics. The instrumental breakdown displays the musicianship and well-honed skills of the players. You can listen to “Long Haul” on our Prime Cuts Playlist on Youtube and follow Mr. Mac on the links below. Please continue to support artist like Mr. Mac and share this music with everyone you know.