The Cravens are an Indie/Americana rock band with origins in South Florida’s alternative scene of the early 1980’s. The current lineup is Dennis Ambrose on Bass, Ron DeSaram playing Lead Guitar, Bill Meredith handling Drums and Percussion, with Bill and John Storch on Acoustic guitar, Electric Guitar and Vocals. The Cravens were formed as a trio in 2013. By 2015, the group enlisted Ron‘s high school friend Bill Meredith on drums. The line-up was complete in 2016 when Ambrose was asked to join the band. The single from the upcoming CD, “Highway” was released digitally on November 28, 2017. The album was recorded at Listen Up Studios in Lighthouse Point, FL in over the course of 2017 and engineered by Michael Seaman, noted for his extensive work with John Ralston. 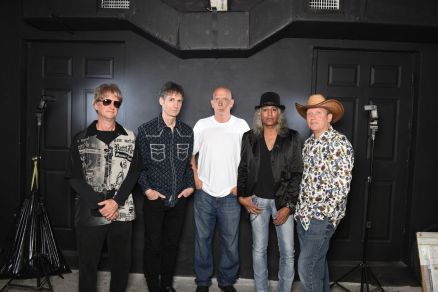 The song “Highway” is a classic celebratory rock song with a big sound and introspective lyrics. The multiple guitars, both acoustic and electric, create a thick blend of sounds that give the track strength. The bass lines are moving all over the place while keeping everything on track while the drums drive the sound along. The vocals have a cool and mellow backed up with deep harmonies. The structure of the song has several interesting chord changes taking the track through different peaks and valleys, and showcases how tight this band really is. You can listen to “Highway” on our Prime Cuts Playlist on Spotify and follow The Cravens on the links below. Please continue to support artist like The Cravens and share this music with everyone you know.