D2X is an up and coming hip-hop artist based in Chicago who’s accumulated thousands of plays on Soundcloud and a growing fan base over the last year.  Working with rising producers Kid Marquis, who’s produced G Herbo’s biggest hit single “Pull Up” and power producer GLOhan Beats, who’s produced for Lil Uzi Vert and Gucci Mane, on 1017 V.S The World, produces his new single “Nites”. D2X says of his latest track, “This is personally my best song by far I believe, and the message behind it deals with everything I’ve learned in 2017. As I prep for my official debut, full length LP this year, wanted to drop this off to show where my head is now.” 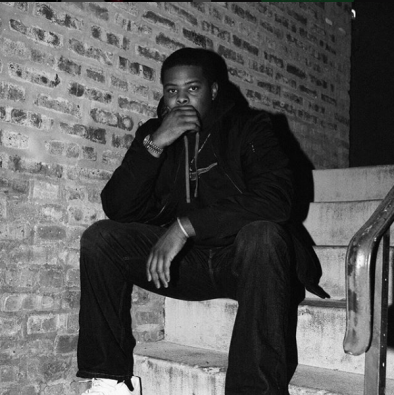 “Nites” begins with mellow samples that line up into a spacey groove backed up by a tight beat that has a classic hip-hop sound. D2X’s voice is strong and has a melodic flow with intricate rhyming patterns, displaying his advanced and original writing style. He weaves through different patterns and sections, continually taking the song to new and interesting places. The “Nites like this” hook is catchy and perfectly moody. His message conveys a sense of self-reflection and awareness going into the future, chasing his goals. You can listen to “Nites” and follow D2X and GLOhan on the links below. Please continue to support artists like D2X and GLOhan Beats and share this music with everyone you know.