John McCabe is a musician and artist based in Orange County, California. He has been writing, performing, and producing original music for nearly a decade. In 2015, McCabe began work on his first EP titled “Flower Circle”,released in October of 2017. The EP was recorded at Janky East Studios(Los Angeles) and was produced by John Kimbrough(Walt Mink, Teen Judge). McCabe played all instruments and performed vocals on the follow up single to the “Flower Circle” EP titled “April.” 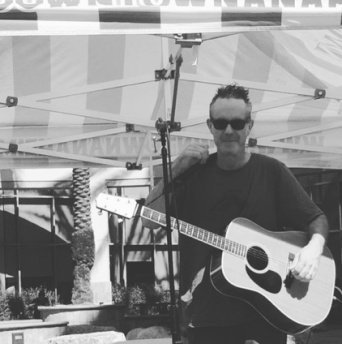 “April” is a contagiously pleasant pop rock song that is led by a team of strong guitars. His emotional melodies are laid out in a slick frame of chords while McCabe’s original and personal vocal style gives the track its character. The guitar work is especially clean and stylish. The thick base of the song made up of acoustic chords weaving along with expressive bluesy leads on the electric. “April” is a solid song with a quirky and bright tone, written and performed by one artist who does an impressive job of keeping all of the parts moving. You can listen to “April” and follow John McCabe on the links below. Please continue to support artists like John McCabe and share this music with everyone you know.