Home › Experimental › Randy Harris – “Give You To Me”

Randy Harris – “Give You To Me”

Randy Harris studied classical and jazz piano in his early years and later went on to become a founding member of the Harris and Crane Band. After several successful years with Harris and Crane, Randy became an audio engineer at legendary producer Phil Ramone’s A & R Recording Studios in New York City. Randy departed A & R Recording Studios to pursue a solo music career and toured successfully across the United States including performances at the Main Point and Presidents Palace. Following up the success of his first CD, “Matters For Consideration”, Randy Harris has released his new CD “NEVER APART” on February 23, 2018. In his own words, Harris describes this new CD as, “…a collection of 11 new, diverse and dynamic songs about love and life.” 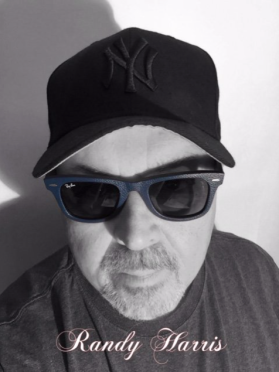 The opening track is titled “Give You To Me”. It starts out with upbeat instrumentation that blends several different sounds and styles and sets an extremely positive vibe. The verses have progressive and interesting chord changes with the smooth lead vocals leading the way. The chorus is catchy and poppy with vocal harmonies and bouncy instrumentals including a ragtime style piano with jazz influence. The experimental instrumental sections take the track into new and interesting places, the song continues to bounce with energy as saxophones and string sections drive the sound in different directions. You can listen to “Give You To Me” and follow Randy Harris on the links below. Please continue to support artists like Randy Harris and share this music with everyone you know.