Shane Guerrette is a blues-rock influenced singer/songwriter out of New York. Shane has a rapidly expanding fan base, already gaining millions of plays on his Youtube channel and nearly 100 thousand subscribers. Drawing influence from blues and rock n’ roll, Guerrette is reinventing these styles to create his own unique brand of music. On September 7, 2018 Shane will be releasing his debut self-titled EP, “Shane Guerrette”, produced by Bob Cutarella who has worked with Eric Clapton, Billy Gibbons, and Jeff Beck. The first single from his EP titled “Nomadic Soul” was released on August 24th. 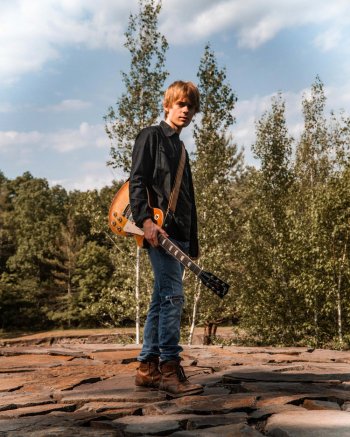 “Nomadic Soul” begins with a light and somewhat eerie acoustic guitar. The riffs then become more dramatic and kick with a bluesy swagger as the rest of the band kicks in. Tight drums and a rumbling bass backup the guitars and vocals giving the track a rich sound. The lead vocals have attitude and soul, the rhyming and cadence slithering on top of the instrumentation with a cool and hip melody. The sound gradually grows into an explosive chorus, full of forceful guitars and vocal harmonies. The steady beat drives the song along while the bass bounces along melodically adding movement and power. The second chorus leads to an epic guitar solo made up of blues influenced licks and euphoric peaks, blending clean precise playing with swampy attitude and furious passion. You can listen to “Nomadic Soul” on our Prime Cuts Playlists on Spotify and Youtube and follow Shane Guerrette on the links below. Please continue to support artists like Shane and share this music with everyone you know.