Trey Snow is a hip – hop artist based in Los Angeles, California, but originally from Oakland. He began writing, and recording music in 6th grade, but was exposed to music from an earlier age when he was in the school band a couple years before. “My style of music ranges from a possible pop sound, with an edge to modern/urban trap content.” In February 2019 Trey released the 7-track “FTH the Casting Tape” on his Soundcloud page. 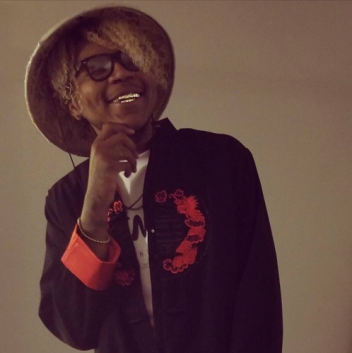 The first track is the hard-hitting “Bohemian Castboy Pt.2/Oaths” featuring GiLO and Uptop Lucci, produced by KC Fame. The beat slaps and bounces while spacey synths create a thick sonic landscape. The opening song is followed up by the soulful “Brighter Days”. The C. FRE$HCO produced track utilizes beautiful samples made up of classy string sections, jazzy flutes and powerful vocals. Lyrically, Snow describes his life and the hard times he’s been through hoping to see “Brighter Days”. They speed the tempo up with the high-energy song “Big Facts”. DJ CHOPPALOT produces the unique and infectious instrumental track that uses an original blend of sounds. The verses are beaming with confidence and swagger, perfectly matching the spirit of the music and getting the listener amped up. Next up is the ZVK produced track “Like It’s Nothing”. This song takes a darker turn with heavy instrumentals while Snow continues to confidently paint a vivid picture of his life. “Like It’s Nothing” is a quick and contagious hit. The next track, “Fresh Out” also produced by DJ CHOPPALOT has a giant and epic sound matched with a catchy chorus and verses that take you through Snow’s lifestyle and continued drive to do what he wants with his life. The Kimj produced “SKRRT” has a melancholy and peaceful vibe that blends well with Trey’s personal lyrics. The tape ends with the airy and mellow “Where’s Selena” produced by BlackMayo. The track has a groove that puts a solid foundation under the smooth layers of synths and verses. “FTH the Casting Tape” is full of original sounds and straightforward bangers that showcase Trey Snow’s unique and distinct style. You can listen to “FTH the Casting Tape” and follow Trey Snow on the links below. Please continue to support artists like Trey and share this music with everyone you know.