123 Astronaut is a guitary/riffy/hooky garage/indie/rock band from Providence started by Jeff Robbins who is best known as the front person for the Boston band Orbit. After releasing several albums on A&M Records with Orbit and touring around the US and Canada, Robbins formed the band Well and released a 6-song EP in 2003, and 3 years later started a successful web development company called Lullabot. 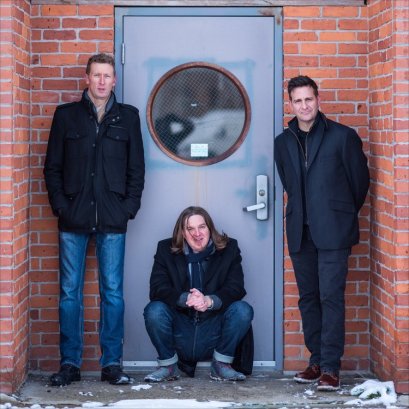 In the summer of 2017 Jeff formed 123 Astronaut with Eric Hastings on drums and Keith John Benjamin on bass. The band recorded their EP “The Friction” DIY style in member’s garages and spare rooms. Hugo Nicolson (whose credits include Beck, Radiohead, Father John Misty, Primal Scream, and Björk) stepped in to mix and the EP was released at the beginning of 2018. The band’s first full-length album is simply entitled “123 Astronaut”. For this recording, the band pooled their equipment, putting together an impressive home studio at Jeff’s house – recording drums in the living room, bass in a guest room, and guitars and vocals in Jeff’s small office. Jeff engineered and mixed with Jonathan Wyner stepping in to master the 9-song release. “123 Astronaut” was released on the bands own Envelop label on September 20th, 2019. 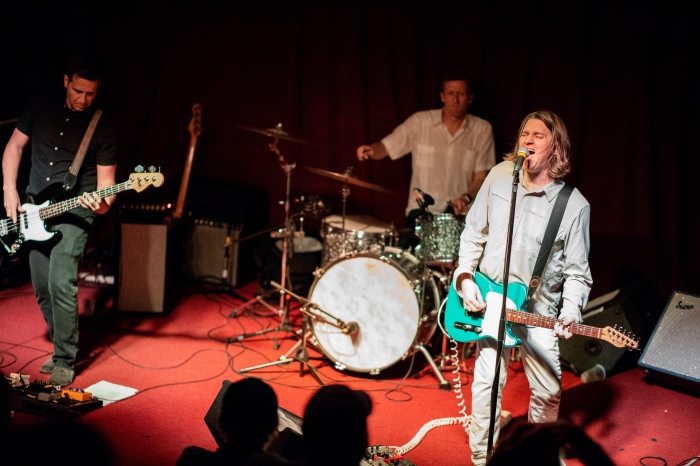 One of the standout tracks on their self-titled album is the opening number “The Great Unknown”. The song starts with a super fun and aggressive guitar riff full of fuzz and attitude. Backed with giant sounding classic rock n roll drums and a thick bass adding the groove, the first verse has a spacious rhythmic pattern that leaves room to showcase the powerhouse vocals. They have a straightforward approach to the songwriting but also blend that with a swagger that keeps the vibe funky like a track straight out of the 70’s. The riffs and instrumentation highlight the musical chops of the trio but keep it direct enough that any listener and get their hooks right into the sound. The second verse plays with dynamics of silence and lone vocals, showing how powerful simplicity can be when used correctly, followed by the fist pumping riffs that lead into another energy filled and catchy chorus. The main hook of the song is the perfect sound to have blasting out of your stereo while heading out on the road for a night on the town. The song never stops driving forward to create a bigger and bigger sound as the band erupts into the last epic chorus. Classic rock n’ roll influences met with a melodic sense of songwriting and a band that is having so much fun playing you can feel their excitement coming through the speakers. You can listen to “The Great Unknown” on our Prime Cuts Playlists on Spotify and Youtube and follow 123 Astronaut on the links below. Please continue to support artists like 123 Astronaut and share this music with everyone you know.