Ignis. is a two-piece rock band based out of Albany, New York. The band is made up of multi instrumentalists Colby and Tristan Beach. Colby currently plays rhythm guitar, and is lead vocalist. He plays a total of 6 instruments: Piano, Guitar, Bass, Drums, Cello, and the Glockenspiel. He tracks vocals, rhythm guitar, and drums on Ignis.’s recordings. Tristan currently plays lead guitar, and is a multi-instrumentalist like Colby, playing Guitar, Bass, and Piano. He tracks lead guitar and bass. They formed Ignis. in 2016 and began writing and recording their own music in 2017. Their first album was 2018’s 10-track release “The Face of Mars”, and on June 10th they released their sophomore effort titled “Mirrorless”. Along with the release of “Mirrorless” the band went out on a tour in Summer 2019 that took them all around upstate New York along with stops in Boston and Philadelphia. One of the standout tracks on “Mirrorless” is the second single, “Red Dress”. 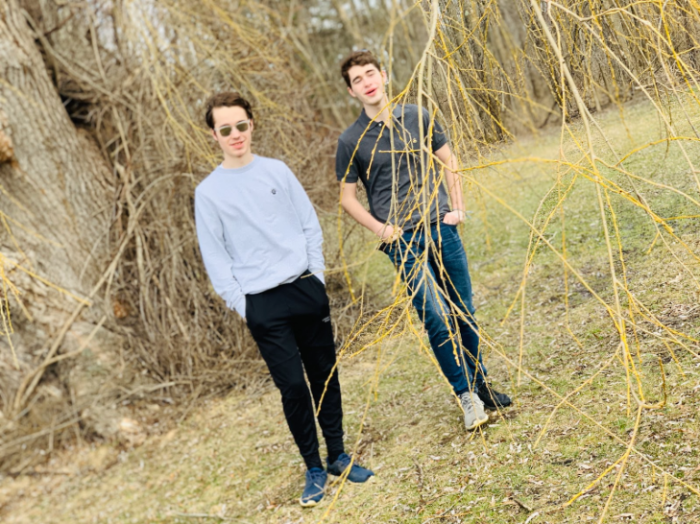 The song begins with a light and melodic guitar before the full band kicks in with a heavy and epic sound. The tone is an aggressive melancholy that blends several genres into a unique style. The drums have a steady beat that gives the song a solid foundation for the angelic guitar picking. The emotional feeling from the vocals is passionate and authentic, describing the object of the singer’s affection in a poetic way. They mix the light and ethereal tone of the verses with the heaviness and gigantic sound of the chorus, showing the dramatic range of emotion that takes place during the song’s story. A style of melody and vocal range that’s reminiscent of 80’s goth rock blended with a spacey and rhythmic indie vibe gives this track its own distinctive personality and really highlights the musicianship in the duo, being able to create such a eclectic and diverse range of flavors in one track. You can listen to “Red Dress” on our Prime Cuts Playlists on Spotify and Youtube and follow Ignis. on the links below. Please continue to support artists like Ignis. and share this music with everyone you know.