The Ändå is a Swedish electronic disco punk group who has brought their philosophy and music into the new decade with their latest release “Friend”. The band consists of Captain K. Gasleben, Anna Öberg, and Zac O’Yeah. Each member has an extensive resume and history in the music industry throughout the years as composers, producers and performers, all finding great success along the way. The Ändå was formed in 2010 and they describe it as “the world’s first holistic orchestra with a certified philosophy of kindness that combines colourful living (as depicted in their idiosyncratic videos) with music that sounds idiotic but nice at the same time… and a depth of soul that’s been missing in the world since the 1960s approximately. They also have IQs.”

On February 7, 2020 they released the single “Friend” across streaming platforms. The track begins with dreamy and rhythmic electronic tones that set the tone and groove. The vibe is mellow yet danceable with the driving drums and heavenly sounds creating a dreamy sonic landscape. Different vocal lines bouncing back and forth give the song a conversational feel with the different voices talking to each other, calling and responding. The music grows more and more intense adding more layers and taking darker turns melodically making the song a musical journey for the listener. The band has meaning behind the inspiration for the song, in their own words… “It’s a new decade and the people need a new kind of music to listen to. The newest hit song by The Ändå responds to this urgent demand: “FRIEND!” It is believed that friendship might become the key word of the 2020s, just like war and hatred were the keywords of the first two decades of the 3rd millennium.” 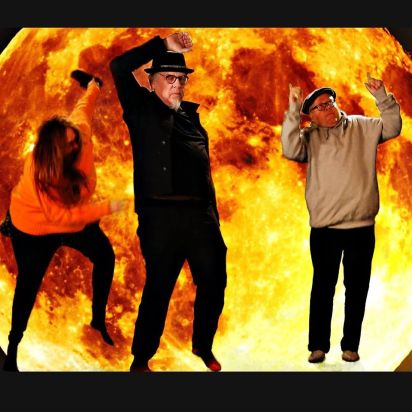 The video for “Friend” has a psychedelic and playful quality showing the group interact with ancient drawings that come to life. The song blends the trance style of electronic house music with intellectual reflection, giving purpose to the meaning of the lyrics and the intention behind the message. You can listen to “Friend” on our Prime Cuts Playlists on Spotify and Youtube and follow The Ändå on the links below. Please continue to support artists like The Ändå and share this music with everyone you know.